The leaves are slowly turning yellow and the days are getting light later – good for early-morning writing. We are delighted with our writing win, having received the ‘Best Food Column’ award bestowed by Cape Town Experiences. How delightful to be in such esteemed company – our partners Dineplan won ‘Most Innovative Tech Solution in the FBI’ award.

Talking of writing, March is a month that showcases exactly what I love doing – writing – after eating and interviewing. Grab the March editions of Country Life to read about Franschhoek’s Chefs of the Round Table, Food & Home to be tempted to the Oranjezicht City Farm Market and Woman & Home to find out how I feel about parenting a strong son! 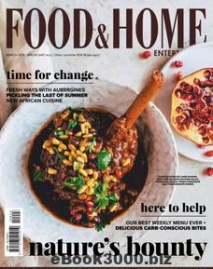 This is the son who left for NYC this week, and I am seriously suffering from envy. New York is where I want to be, it’s where three-plated chef Luke Dale Roberts will be cooking on 10 March at Restaurant DANIEL. Luke, our winner of the SWISS Culinary Innovation Award in the 2019 guide, has been invited to collaborate this year with Chef Daniel Boulud of New York City’s famed Restaurant DANIEL. Now in its 22nd year, Chef Daniel will host “Citymeals on Wheels Sunday Supper”, on Sunday 10 March, which brings together leading chefs from around the globe for an evening of cooking, laughing and fundraising.

Since its founding in 1981, Citymeals on Wheels has delivered 56 million meals throughout New York City’s five boroughs. Each year, the organization prepares and delivers over 2 million weekend, holiday and emergency meals for more than 18,000 frail aged New Yorkers. 100% of the proceeds raised from the Sunday Supper go directly to the preparation and delivery of meals. Luke has created a new dish for the occasion featuring butter roasted langoustine, snoek brandade, lightly smoked snoek extraction, mushroom jam, black truffle and savoy cabbage. 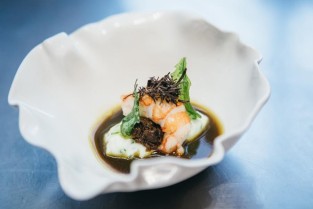 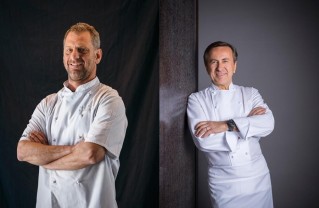 Macau in China is where this year’s international Gourmand World Cookbook Awards will take place, so the name of this restaurant, and the fact that this is where one can find the former chef of Kitima, Li Kuan Geo. We had a delightful early dinner there, intrigued by how the cuisines of China and Portugal can collide without hitting heads. My dishes of choice were the cream cheese and spinach bao, and the chicken pot stickers.

A long-awaited career highlight was meeting Nobu Matsuhisa in Cape Town to celebrate the 10th anniversary of Nobu at the One&Only in the V&A Waterfront. What an honour. Ever the interviewer, I had quietly prepared a few leading questions on the way there, but was charmed into answering many of his questions about Cape Town, our restaurants and fresh produce. The omakase and sake pairing was out of this world, ably prepared by two-plated chef Harold Hurtada and his team. Each course, each nuance and each taste of sake were out of this world. The first sake, the Hokusetsu Sado No Jyunmai, is well suited to the uninitiated, and after a few courses and more sake, I realised that I may have found a new drink of choice. All dishes were sublime, but the Chilean sea bass with pomegranate miso really hit a high note for me, and the sushi, of course, too. Having mentioned that we were celebrating a family farewell and birthday, the sterling service team pulled out all the stops to make the celebration a memorable one. Our final sake was a fruit sake with litchi and cucumber, piquant and a fitting finale to a fantastic evening. 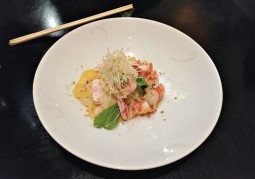 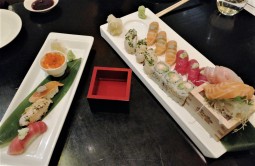 The launch of the Constantia Glen coffee table book, produced by Quivertree and beautifully written by Clare O’Donoghue, was an intimate affair. The spectacular vineyard views were a fitting backdrop for some networking, and of course, glasses of Constantia Glen wines were raised to toast this chronicle that pays tribute to the where the land tells the time. The timeless vision of the family-owned estate makes for enlightening reading. Alexander Waibel, owner, paid tribute to the value of people. In the mid-90s there were a handful of people working on this estate, and now they employ a large team in the vineyards, the wine tasting room, cellar and restaurant.

Let’s travel together, home and away. Visit our autumn edition of the Gourmet Guide magazine to read all about the fabulous new restaurant FYN, Mauritius, Durban and Switzerland, the land of cheese and chocolate. www.gourmetguide.co.za 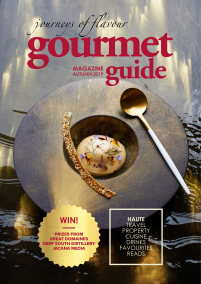 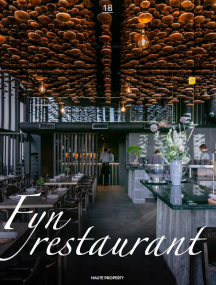